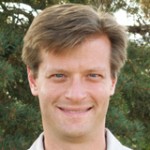 Samuel P. Weaver – CEO and Founder has a lifelong passion for clean energy technology, beginning with discussions around the dinner table as he grew up during the 1970’s era energy crisis with a father in the energy technology business. Cool Energy was conceived during a Christmas brainstorming session between Weaver family members, along with sister company Proton Power. Sam is CEO of Cool Energy, and a board member of Proton Power.

Samuel C. Weaver – serves as Chairman for Cool Energy, Inc and is co-founder and President of Proton Power, Inc., a renewable energy company producing hydrogen on demand from cellulose for use as heat, power generation, hydrogen production or liquid fuel production. For the last 40 years Sam has been a serial entrepreneur founding and running over a dozen companies primarily in the advanced materials and energy fields. Sam has 12 patents, was made a Fellow of ASTM when he received their Award of Merit, has received entrepreneurial awards from the governors of Missouri and Tennessee, was awarded an honorary Professional Degree from University of Missouri-Rolla and has been inducted into the Academy for the Missouri School of Mines. Sam has served as President, Rotary Club of Knoxville and a member of 2011 Leadership Knoxville. Sam has a B.S. in Metallurgical Engineering from University of Missouri-Rolla and M.S. and PhD in Metallurgical Engineering from University of Tennessee.

Samuel P. Weaver—Responsible for the engineering management and daily business operations. Sam has led product development teams and engineering projects throughout his career,  and has worked as a researcher and designer in the field of optics and optoelectronics. In addition to renewable energy, he has experience in a range of markets including telecommunications, data storage, and aerospace. Sam previously co-founded Colorado Photonics, a profitable small business providing telecom equipment distribution, and has led multiple engineering development efforts at startup companies during his career. Sam holds six U.S. patents and has authored numerous technical publications. Sam holds a B.S. in engineering and applied science from the California Institute of Technology, and is a member of the Board of Directors of the State of Colorado Clean Energy Development Authority.

Ryan Ferrero—Ignyte Lab: Ryan has worn the hat of Founder and CEO of successful companies for nearly 30 years, and has helped early stage entrepreneurs navigate the business landscape. He was the long-time Entrepreneur in Residence at iconic ad agency Crispin Porter + Bogusky and awarded Emerging Entrepreneur of the Year by Office of Economic Development in 2013. Director and C-Suite Executive responsibilities, the Deming Center for Entrepreneurship at the University of Colorado, ZFyre-DataVault, Independent Power Systems, Cool Energy, BoulderPreneurs, and Pie in the Sky. He is a past director for Verus Bank of Commerce, United Way, Rotary and Chrysler/Jeep Marketing. He has a B.A. in Psycho-Social-Economic Behavior from the University of Colorado.